A lifelong Cardinal fan, Robert L. Tiemann saw his first Stan Musial home run in 1957. As an award-winning baseball historian, he has written several books and has contributed to and edited many journals for the Society for American Baseball Research (SABR). He is also the coauthor of Ten Rings: Stories of the St. Louis Cardinals World Championships. Ron Jacober has covered sports on radio and television for 47 years. 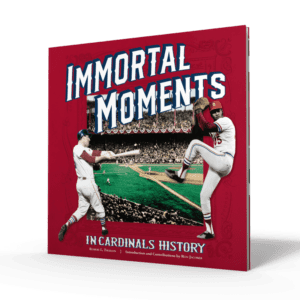