Unique Eats and Eateries of Cleveland

A cultural melting pot of residents from all over the world, Cleveland is a city full of distinct dishes just waiting to be tasted. Unique Eats and Eateries of Cleveland is a gastronomic tour like no other and draws on the stories of the people who built and maintain the city’s iconic restaurants. They range from fine dining downtown to tiny storefronts in a thriving and evolving culinary scene that keeps pace with new arrivals who come to show off their spin on ingredients and recipes. Stories abound of grit, hard work, and resilience from cooks, growers, and entrepreneurs like the Slymans who came from Lebanon and make a corned beef sandwich good enough for a U.S. president. Or the Sokolowskis from Poland who built a cafeteria for construction workers that’s still filling bellies three generations later. Meet famous local chefs like Zack Bruell at his restaurant empire and culinary escape, or Michael Symon, with his highly publicized love of meat. You’ll also learn local food lore like the real reason Cleveland gets credit for “Polish Boys,” or why a ballpark brown mustard war has been raging for decades. Authors and Clevelanders Fran Golden and David G. Molyneaux have been writing and eating their way through the Forest City for decades. With this book as your guide, you’ll join them on a scrumptious expedition. 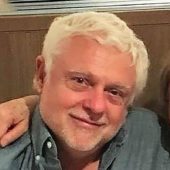 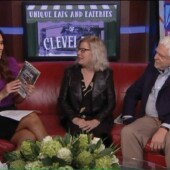 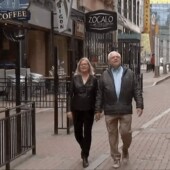 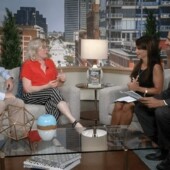