Two hundred years ago, Indianapolis was carved out of a forest in the middle of nowhere—a planned capital city at the geographic center of a new state. The first few decades were marked by economic isolation, squirrel invasions, and a canal project that bankrupted the state. But the arrival of railroads in 1847 transformed Indianapolis into an economic powerhouse. And this “Crossroads of America” has been growing, transforming, and reinventing itself ever since.

Indianapolis: An Illustrated Timeline tells the Indianapolis story from prehistoric times to the present day, exploring its Native American heritage, its rich automotive history, and its most beloved restaurants, sports teams, and cultural institutions. The timeline includes terrible disasters and crimes, but it also celebrates the city’s unsung heroes and the rich cultural diversity inherent to a city of immigrants. At its core this is a story about people, from humble pioneers to US presidents—not to mention a celebrity palm reader, a vaudeville mayor, a wide array of writers, and the nation’s first self-made female millionaire.

Seasoned local author Ashley Petry brings the timeline of her hometown to life from specific event to specific event. It’s all right here at the heart of the Hoosier state. 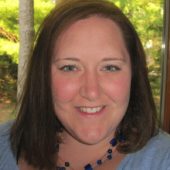