Secret Albuquerque: A Guide to the Weird, Wonderful, and Obscure

Where in Albuquerque can you find accidentally dropped nuclear weapons, Microsoft’s first office, or the remains of an amusement park dedicated to comic book character Red Ryder?  Why does Albuquerque have a grave for a fictional character and where do people play in a “maggot pit”?  Where can you sleep in a spy’s former home, spot an “Arroyosaurus,” or walk among monumental origami? And where exactly can you eat a seven-pound burrito?  You’ll find the answers to these questions, and many others, in this guide to the Duke City’s overlooked, offbeat, and unknown.

Secret Albuquerque profiles the city’s best-kept restaurant secrets, most fascinating museums, and oddest works of art. It shines a light on little-known aspects of local culture and reveals the secrets behind beloved Albuquerque landmarks. You’ll discover where the Mercury Astronauts received their pre-mission physicals (even female astronauts), learn how a former brothel became a bed-and-brew, and uncover the deeds and misdeeds of a famed archaeologist.

Written by Burqueña and local author Ashley M. Biggers, Secret Albuquerque offers a new way to explore the Duke City. It’s your guide to uncovering hidden histories of places you thought you knew and discovering off-the-beaten-path attractions you can visit today. 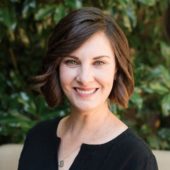