The Germans are back in the Second Edition of Beer, Brats, and Baseball: St. Louis Germans, with more oom-pah-pah, gemutlichkeit, and prosit than ever. In the First Edition, author Jim Merkel told how Germans saved the city for the Union, brewed the beer, ran the baseball team, and helped make St. Louis a place like nowhere else. The second edition adds new stories to the first. Here is the tale of the German immigrant restaurant owner who went home before World War II because people suspected him of being a Nazi sympathizer. Here as well is the story of the local craft brewer that bought a German brewery so St. Louisans could drink the most authentic European beer available. And herein readers will learn how a statue commemorating a Civil War engagement in which German immigrant volunteers ensured the victory was moved from the site where it happened. Did the daughter of the losing secessionist general play a part? 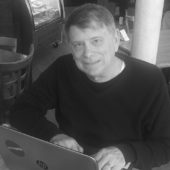