Thanks to a combination of prehistoric events and prime location, Oregon’s Willamette Valley is arguably one of the best growing regions in North America. Roughly two decades ago, when the “Farm to Table” movement was establishing its roots, culinary talent from around the globe began flocking to the valley to take advantage of the area’s bounty. Located near the north end of the nation’s new Bread Basket, Portland was a city that embraced creativity and independent spirit, while simultaneously being one of the most affordable west coast cities in the country. Thanks to these and a number of other factors, Portland became the eye of a culinary storm that began swirling around the state of Oregon. By the time the clouds cleared, a sleepy little river town in the Pacific Northwest had become a world-renowned food Mecca. Unique Eats and Eateries of Portland tells that story.

In Unique Eats and Eateries of Portland, culinary writer, published author, and guide, Adam Sawyer, details a food scene bookended by the epicurean proving grounds of the food cart pods and James Beard Award-winning, chef-driven restaurants. In between, you’ll explore endless volumes of culinary genre: Brewpubs, neighborhood eateries, dive bars, wine bars, hyper-local, hyper-seasonal, vegetarian, vegan, baconarian, and beyond. Adam Sawyer uncovers the untold stories of the people behind the city’s ascension to culinary greatness. Along the way, you’ll discover the best places to try it all! 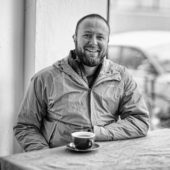