TOP
View cart “Cincinnati: An Illustrated Timeline” has been added to your cart.

Ready to Wear: A History of the Footwear and Garment Industries in St. Louis

St. Louis was founded as a fur-trading village in 1764. Located on the banks of the Mississippi River, it became a center of fur trading, cotton and wool distribution, footwear, and ultimately clothing production in the 19th century. Few today would believe that the junior dress market segment was born, developed, and flourished in St. Louis from the 1930s through the 1960s. Buyers for high-end New York retailers flocked to St. Louis twice a year to view and order dresses and footwear. But The River City was a leader in shoes and clothing long before it introduced the junior clothing trend. Ready To Wear is the story of the birth, growth, decline, and rebirth of two wearable industries in St. Louis, Missouri—footwear and garments, alike in their end products but drastically different in their production processes. It takes a unique look at footwear and clothing through factual narrative, seldom-told stories, and detailed vintage images.

Take an in-depth look at Washington Avenue—nicknamed Shoe Street USA—located in the heart of downtown. The streets were once filled with bustling crowds of workers, carts, and wagons loaded with raw materials and finished products. The nonstop drone of stitching machines and automated production were heard on every street corner. At that time, St. Louis, the fourth largest city in the US, was a major hub in the footwear and clothing manufacturing industries. It’s been said that the street literally buzzed and hummed with the activity of the two thriving industries. Today Washington Avenue has overcome a period of decline to become an urban, hip destination filled with repurposed buildings and amazing architectural details. It’s a place alive with residences, nightlife, dining options, and businesses. Thanks to the tireless efforts of local preservationists, most area structures are listed on the National Register of Historic Places.

Colorfully weaving historical narrative, personal connection, and local lore, Valerie Battle Kienzle transports the reader to the Washington Avenue of yesteryear. You’ll find a surprising fashion-industry hub right in the heart of the Midwest, and a lengthy and impressive history of renowned fashion innovators on every page. 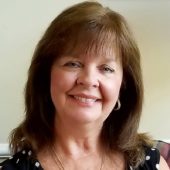