Passing It On: Folklore of St. Louis, 2nd Edition, Revised and Updated

How do urban folktales of the “choking Doberman” relate to St. Louis ethnic groups? What are the rites of passage for young St. Louis men involving cemeteries? Did you ever “finarck?” And what happened when you didn’t “trick” without a “treat?” These and other examples of St. Louis folklore are practiced for a “reason.” The oral traditions of folklore are dynamic reflections of a culture-growing, changing, and redefined. The first edition of Passing It On described the foundations of some of the folklore of the St. Louis area from the folk vocabulary through jokes, superstitions, proverbs, and family lore. In their “passing” from folk group to folk group, these St. Louis traditions have been adopted and adapted by various St. Louis cultures. This revised and updated edition adds the folkways of more ethnic groups, which have assimilated the lore without losing their own past. Urban tales from St. Louis neighborhoods, instructive in their telling, reflect our growth and are included in this new edition as well. Additionally, occupational folklore from the “rank and file” of St. Louis has its own chapter and helps define the “worker.” There are even more superstitions, vocabulary, and “boomer” lore from the St. Louis region. All of it is “passed on” as it shapes St. Louis culture. Dr. John L. Oldani has been a professor of folklore for more than 30 years. He has established a folklore research archive and had a regular call-in program on American folklore on KMOX for 25 years. He also wrote the radio program, American Folkways, for Johnny Cash. 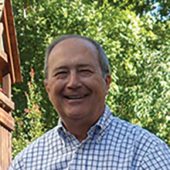