Missouri has always seemed to be in the middle of everything: the twenty-fourth of fifty states admitted to the Union, Missouri’s role in keeping the balance of power between North and South proved an important tipping point in the lead-up to the Civil War as a state literally and figuratively divided in the country’s battle over slavery. Geographically, Missouri is, again, right in the middle. From the wide open expanses and farmland in the north to the cotton fields in the south, and from the Gateway to the West to the refined sensibilities of the east, the state calls to mind all parts of the nation. Politically, all presidential candidates know the phrase “As Missouri goes, so goes the nation.” The state has voted for the presidential winner in all but three elections from 1904 to 2016.

As Missouri recognizes its two-hundredth anniversary as a state, it’s important to look back at our amazing history that has had an impact far beyond the boundaries of the Show Me State. Successes in business, sports, and culture contrast with failures in civil rights and struggles with Mother Nature. Missouri: An Illustrated Timeline takes a look at the important moments in Missouri’s history that have defined us as a state. As osteopathic medicine was being founded in Missouri, a grasshopper plague was destroying other parts of the state. Not long after the first skyscraper was built in Missouri, Laura Ingalls Wilder moved to southern Missouri, where she wrote about life on the prairie. And at the same time the Lake of the Ozarks was filling up, Prohibition was ending, Bonnie and Clyde were having shootouts, and a golfer from Springfield was winning the first Masters Tournament.

This book allows readers to see our defining moments and gives us a new understanding of how it all lines up historically. Missouri is the Show Me State and Missouri: An Illustrated Timeline shows you our two hundred-year history in an entertaining and educational historical context as we look ahead to a fabulous future situated perfectly in the middle.

Where Are They Now? Roxie Yonkey – The Syracuse Journal

Dr. Erol Ozan, an information technology professor and author, understood how life’s journey is often richer through the unscripted and unplanned moments and destinations that seem like lost moments when he was quoted saying, “Some beautiful paths can’t be discovered 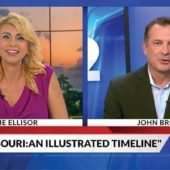 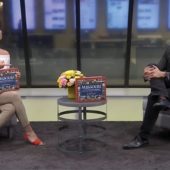 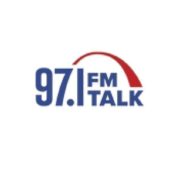