Ice hockey is more than a sport in Chicago—it’s a passion. From the Chicago Stadium to the United Center, the history of the Chicago Blackhawks team is as colorful as the city it represents. In Chicago Blackhawks: An Illustrated Timeline, you’ll journey back to the founding of Chicago’s own NHL franchise.

As one of the league’s Original Six franchises, the Blackhawks have played host to some of the most incredible moments in league history. No Blackhawks fan can forget where they were on June 9, 2010, or how they felt when Chris Chelios was traded to Detroit. But do you know how coffee impacted the founding of the Chicago Blackhawks? How about the role the Hawks played in the origin of the term “hat trick”? And how one Blackhawks legend pioneered the use of a curved stick blade? And why isn’t Steve Larmer’s number retired?

Chicago has also seen some of the more colorful personalities don the white and red jerseys: generations of stars from Bill Mosienko and the Bentley brothers to Pilote, Mikita, and Hull; through the Party Line and the ABC Line; and to the three championship teams in the 2000s. The Chicago Blackhawks have thrilled fans for nearly a century.

Longtime 300-level season ticket holder and author Tab Bamford turned his fandom into a career covering the Blackhawks. In this book, he’ll take you on a fascinating journey reliving the highs and lows of Chicago’s favorite team on ice. 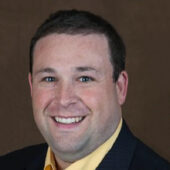