Best of the Blues When the St. Louis Blues were granted a new National Hockey League franchise in 1966, they made goaltender Glenn Hall their first pick in the expansion draft of 1967. Since that time, a lot of different names (696) and a lot of different jersey numbers (81) have adorned the sweater.

Once and for all, the Best of the Blues settles the water-cooler debates and bar-room arguments over who was the best ever to play for the franchise. Remember unremarkable names like Jack Borotsik, colorful characters like Steve “Mental Case” Durbano, and some of the game’s most iconic figures like Brett Hull, Wayne Gretzky, Doug Harvey, and Jacque Plante. St. Louis native Dan O’Neill, who covered the team for more than 30 years at the St. Louis Post-Dispatch, spotlights the top 25 players in Blues history, along with the seasons and circumstances that made them so special.

The Best of the Blues lays it out like a Bob Plager hip check and hits the net like a Brett Hull snap-shot. This is a book that will peak the interest and capture the imagination of St. Louis hockey fans for years to come. 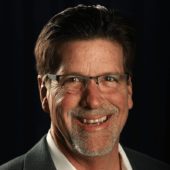 1 review for Best of the Blues