TOP
View cart “100 Things to Do in America Before You Die” has been added to your cart.

100 Things to Do in Portland, Maine, Before You Die, Second Edition

The original, the authentic, the real Portland is in Maine. Settled in 1633 and officially named in 1788, Maine’s largest city is unexpectedly influential in many key events in America’s history (including Oregon’s city being named after Maine’s Portland on a coin flip), but it has managed to remain one of the great American seaport cities on the East Coast. First-time visitors are delighted to discover a “lovely city” when expecting a small fishing town, or to discover a “charming town” when expecting to encounter an overwhelming city . . . but no one ever seems disappointed!

Noted as a “U.S. Destination on the Rise” by Trip Advisor for consecutive years, then one better on National Geographic’s Best Small City list as the “Most Instagrammed City”­ the eclectic mix of cosmopolitan city, working waterfront, creative economy, and historical and cultural center appeals to the millions that flock here. What makes this city of only 66,000 so surprising to so many is the number of restaurants, theaters, museums, galleries, and performing arts venues available—rivaling urban areas more than ten times its size.

This second edition of 100 Things to Do in Portland, Maine Before You Die gives you life beyond the guidebooks—the real Portland. It’s a glimpse into the amazing events, food, activities, and secrets that even locals may not know. 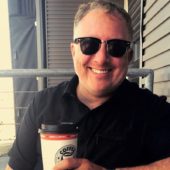