Jim Hinckley is an internationally acclaimed author, lecturer, historian, tour guide, and tour development consultant with three primary areas of expertise; Route 66, the American southwest and the American automobile industry between 1885 and 1980. His portfolio of published work includes fifteen books, and more than five hundred feature articles for a wide array of publications including True West, Old Cars Weekly, Hemmings Classic Car, Route 66, Antique Power, and Cars & Parts magazine. His work has been the subject of interviews on television and radio programs, for blogs and podcasts, and for a variety of print media. Among the most prestigious of these are Jay Leno’s Garage, Rudy Maxa’s Travel World, and Frommer’s. Audiences and venues for his presentations have been equally as diverse. In 2015 he was a featured speaker at Vakantiebeurs (a tourism fair) in Utrecht Netherlands, at a fundraiser for the Route 66 Association of Kingman, at Route 66 State Park, at the Miles of Possibilities Conference in Edwardsville, Illinois, and for tour companies from Australia, New Zealand, the Czech Republic, the Netherlands, Norway, and Germany. In 2016, Hinckley spoke at the European Route 66 Festival in Germany, a Route 66 festival in Holbrook, Arizona, the Miles of Possibilities Conference, at the Missouri History Museum, and at the 90th anniversary of Route 66 celebration in Los Angeles. His blog, Jim Hinckley’s America – Route 66 Chronicles, as well as Jim Hinckley’s America podcast, YouTube channel, and Facebook live program has developed a loyal international following. Hinckley also provides content, photographic and text, for corporate websites, blogs, advertisements, marketing campaigns, and event or festival promotion. 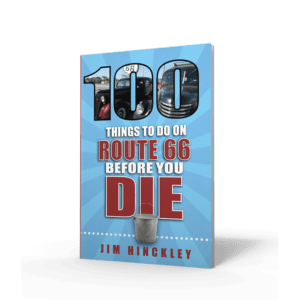 If you’ve got a Summer road trip in mind, author and Route 66 expert Jim Hinckley sorts it out for you with his 100 favorite points to plot on your map.  Now that’s a memorable road trip! 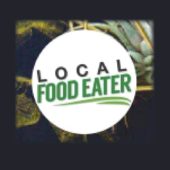 Jim Hinckley Presents “100 things to do on Route 66 Before You Die” at Lions Center East, Sat. Oct 6 – Local Food Eater

Popular in song and lore, Route 66 is, perhaps, more popular today than at any time in its history. In fact, GOOGLE addresses on Santa Monica Boulevard in Los Angeles are now referred to as “Classic Route 66."

Traveling Route 66 has ended up on many people’s so-called “bucket list,” or “things you ought to do before you kick the bucket.”

No videos to display.